Most model phong and world phong materials use a combination of 4 images: color map, normal map, specular map and cosine power map. Most color and normal maps are easy to find as their names are usually tagged with "_col" or "_nml", etc. The specular and cosine power maps are combined into a single .iwi image whose name is prefixed with a "~". The beginning of their name is usually similar to their color map name and the end usually has some extra stuff added.

I use IWI_X_DDS to convert the .iwi's to .dds's. (Not IWI2DDS, which is rather lame as you have to individually drag and drop images).

Be sure to check to see if you have the latest version, as he's updated it a number of times.

Note that while it seems that this utility will convert color maps straight away, normal map images and spec+cos map images need to be tweaked in Photoshop before you'll have a full source image.

The normal map images are a little more difficult to convert back to the original image. Before we go any further, I want to clarify the terms I'll be using to distinguish between different versions of images. The following image shows the normal map image for the M4, which IW provided at the following location:

First of all when examining the source normal map image, we notice it's an RGB image with no alpha channel. Next, we'll look at the individual channels. 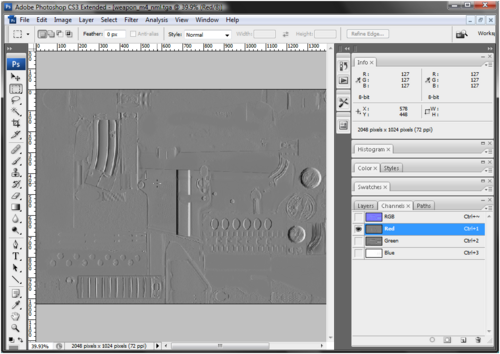 The Red channel appears as a grayscale image where the subject in the image appears to be lit directly from the right. 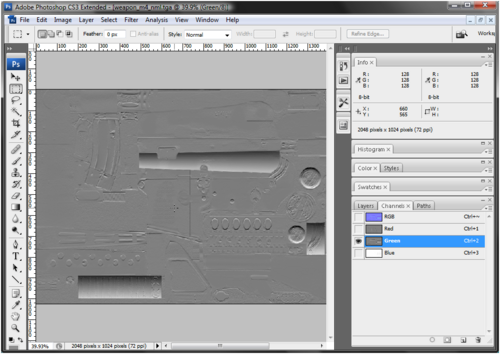 The Green channel appears as a grayscale image where the subject in the image appears to be lit directly from the bottom. 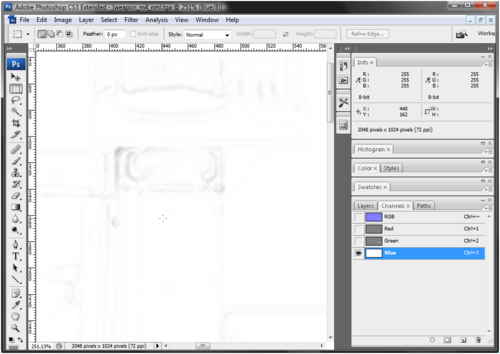 The Blue channel is mostly solid white, with only a small amount of discernible detail (I've zoomed in on one such spot in the image above).

Next, we'll take a look at a compiled normal map image like you'll find in the various stock .iwd files. The following image is the color map for the fire hydrant model used in the game ("hydrant_c.iwi") (I'm showing this merely for reference, so that you know what object the normal map image corresponds to): 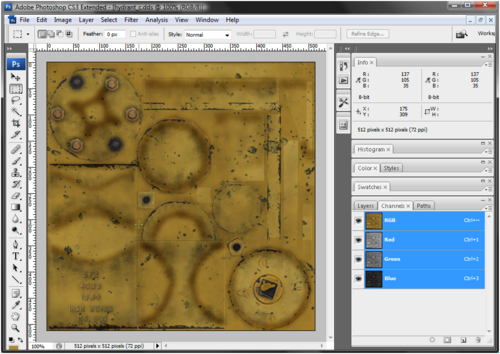 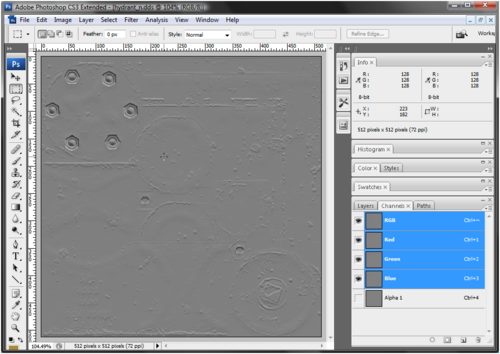 If you then look at the alpha channel in the compiled normal map image, you'll notice that it appears as though the subject in the image is being lit directly from the right. This is similar to the red channel in our example source normal map image shown earlier. 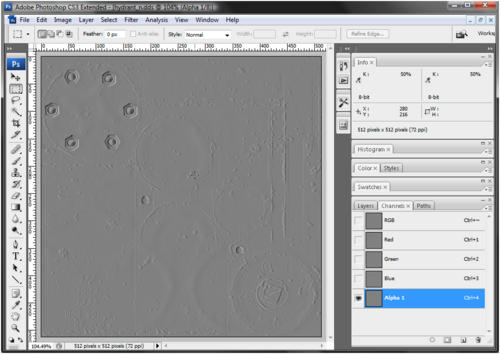 So, by now we've formed a tentative game plan:

The above game plan can be represented graphically as the following: 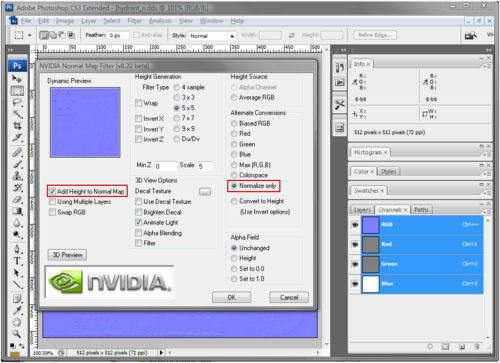 The important filter settings are outlined in Red. Note that the usual settings such as sample size (4 sample, 3 x 3, 5 x 5) and Min Z Scale (directly above the "3D View Options" text) shouldn't have any effect on the outcome, since the "Normalize only" option (which means that the image is already a normal map, and that we just want to re-normalize it) will determine the entire output.

If you recall, our blue channel was entirely white prior to running this filter. As you can see in the image below, after running the filter with these settings, we now have the small amount of height information present in the blue channel (look for the faint outlines of the hex nuts in the upper left corner): 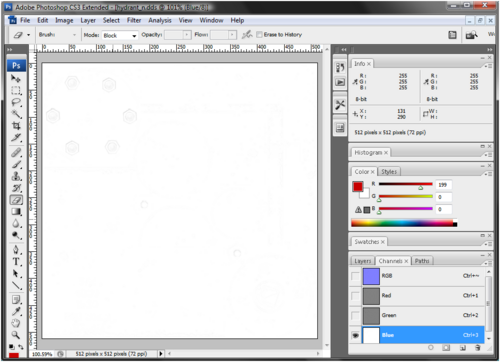 You should then flatten this image and save it as a Targa image (.tga) to be used in Asset Manager. Since there are only 3 channels in this image, saving it as a 24-bit .tga is sufficient. (32 bit targa is only needed if there's an alpha channel).

I've saved this procedure as an Adobe Photoshop CS3 Action for those who have Photoshop:
http://www.markdouma.com/cod/COD4Actions.zip (.zip, ~ 1 KB).

Make sure you have the latest version of the Nvidia DDS plugin also. They're available at:
http://developer.nvidia.com/object/photoshop_dds_plugins.html