Call of Duty 5: Your First Map 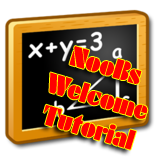 There are many many ways to build a MP map and what you will find below are the way i usually work when building a map - The information are Guidelines and isnt the only way to go about mapping for Call of Duty World At War, but it's ONE way.

Before beginning to map it is always best to plan a map project properly so it makes everything easier on later on stages. The very first step of mapping is studying a map layout that will become your final release.

Not every layout made according to this tutorial should be automatically good. Only sticking to the basic principles mentioned in this topic, does not always guarantee you to have fun gameplay. It needs good insight and a lot of testing. But to increase the fun in the layout, it could be wise to read the following

Call of Duty 5 is TDM based by default. But to cover all gametypes, it's best to stick to S&D (objectives) when designing the layout. For S&D it's critical to be able to reach objectives from several directions, in order to keep gameplay fun. And as S&D is fun, then it is very likely that other non-objective gametypes are fun as well. So I will continue this tutorial with the S&D gametype in mind.

Most people, including me to a long while back, started with detailing immediately, without keeping gameplay in mind. "I'll just create and play along the way". For some people it works, for others it doesn't. I advice you to start out simple. Place BSP blocks everywhere where you want the player to be able to walk, and what he can or cannot see. Test it with a small group of people. If that plays fun, replace the blocks with simplistic shapes of houses / buildings to get a general impression of what it will look like in the end. If it is still fun, replace everything with detailed stuff.

Every layout needs at least 3 main routes to the objectives. One would cause a bottleneck and hardly any choice to go somewhere. This will get boring eventually. Two could be done, but then people are kind of forced to stick to either one side of the map or the other. Also that could get frustrating. And whenever something is frustrating, your map will only be played for 5 minutes and is doomed to fail. So three main routes are essential to have a good start for a layout.

In favor of defenders

Make sure your objective placement is in favor of the defenders, so they can position themselves or form a plan on how to defend the objective zone area. Though, it is very important that once they have reached the objective zone, the time is relatively short for them to position, otherwise people will start to camp. Make sure that the difference between the time they position, and the attackers reach the objective, is about 3-4 seconds.

So make sure the defenders reach their objective first.

Like I mentioned above, make sure the defenders got the opportunity to position themselves and defend the objective zone. Good positions for defenders would be height differences. You can think of roofs, windows or bridges overlooking the objective. Don't create camp-positions, that will decrease the fun for the attackers. So also make sure the attackers can reach the positions as well to kill them from the side or back, instead of being constantly shot by a camper.

Don't put an objective in a corridor you can reach from only two sides. It would create a bottleneck situation and will become frustrating if people are in the same place every time. Also, don't make the objective area too open, so the attacker becomes too vulnerable for snipers. Place enough cover around the objective zone, so the attacker can defend himself when being attacked.

Height variations are greatly appreciated by players. It doesn't only break up a repetitive visual, but also offers new gameplay. It can offer new flanking routes and it gives the player the feel that the map is more dynamic. A third, more technical aspect, would be the performance. If you are in one room above, the stuff below doesn't get calculated (gets occluded). So working with height variations is definitely appreciated.

Even though the games are getting better and better and are technically improving, don't push the engine's limits. It only brings you into the land of engine errors, which can only be fixed by deleting some stuff from your map. And I assume you don't want that. So instead, think of a layout the engine can handle. For example, CoD4 can't handle big open landscapes such as in the Battlefield series. Call of Duty 5 (still) works with portals, meaning you need structures to apply them on. So think of a layout being portal friendly. Also keep visibility in mind. The more objects need to be drawn, the worse it gets for FPS. Make sure you occlude a lot (that means, cover up open sights, so that not too many objects are being seen / calculated. You can easily solve this by height variations (like in UO's Stanjel), or just the buildings when your map is flat.

Remember, these are all basics every map should actually have, or should be thought about. This doesn't guarantee you will have an awesome map, but at least the basics are there so you are on the right track.